When the internet really took off in the early  Two thousands, it was a massive boost for nationalism all orgs enjoyed a rise in support and membership. Finally we where able to broadcast our own  undistorted message to the wider public. It worked in total harmony with the already existing activism and network. However since the birth of the smart phone and the ability to communicate instantly via social media  literally anywhere without the need to log into a e.mail account and wait hours or days for a reply the game has well and truly changed forever.  Unbeknown to even most nationalists the importance of online activism now outweighs that of real world activity. 2 reasons for this firstly because we are able to reach infinitely more people and secondly those people in turn are far more likely to engage and help spread the message. Political organisations right across the board are hemorrhaging real world activists. Since the rise of the smart phone the majority of casual activists now choose a keypad over their feet to do their bit. In their own mind sharing meme or liking a political video is enough to exonerate of the guilt  from otherwise doing nothing for their respected cause. This is as much a social issue as it is a political one people in general are choosing to stay at home and socialise online rather than go out and meet people in person.  Real world activism is important but its main value is in its ability to convince the target that the org exists outside of the mothers basement. a Nationalist demo in itself will attract and convince almost no one from the general public that witness it. It never has. The value of such demos and activism is in being able to upload it online. again proving the reality we find ourselves in.
Which takes us to this weeks ORDER15 blog entry and a report that the British army is creating a special force of Facebook warriors, skilled in psychological operations and use of social media to engage in unconventional warfare in the information age.

The 77th Brigade, to be based in Hermitage, near Newbury, in Berkshire, will be about 1,500-strong and formed of units drawn from across the army. It will formally come into being in April.

The brigade will be responsible for what is described as non-lethal warfare. As nationalists well know Both the Israeli and US army already engage heavily in psychological operations.

Against a background of 24-hour news, smartphones and social media, such as Facebook and Twitter, the force will attempt to control the narrative.

The 77th will include regulars and reservists and recruitment will begin in the spring. Soldiers with journalism skills and familiarity with social media are among those being sought. 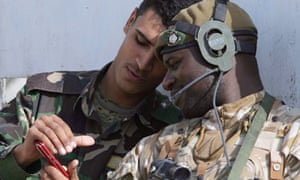 An army spokesman said: “77th Brigade is being created to draw together a host of existing and developing capabilities essential to meet the challenges of modern conflict and warfare. It recognises that the actions of others in a modern battlefield can be affected in ways that are not necessarily violent.”

The move is partly a result of experience in counter-insurgency operations in Afghanistan. It can also be seen as a response to events of the last year that include Russia’s actions in Ukraine, in particular Crimea, and Islamic State’s (Isis) takeover of large swaths of Syria and Iraq.

Nato has so far been unable to find a counter to what the US and UK claim is Russia creating unrest by sending in regular troops disguised as local militia, allowing president Vladimir Putin to deny responsibility.Isis has proved adept at exploiting social media to attract fighters from around the world.

It has been approached by several western countries, keen to learn from its expertise.

During last summer’s war in Gaza, Operation Protective Edge, the IDF and Hamas’s military wing, the Qassam Brigades, tweeted prolifically, sometimes engaging directly with one another.

The new brigade is being named the 77th in tribute to the Chindits, the British guerrilla force led by Maj Gen Orde Wingate against the Japanese in Burma during the second world war. Wingate adopted unorthodox and controversial tactics that achieved successes completely disproportionate to the size of his forces, sending teams deep into Japanese-held territory, creating uncertainty in the Japanese high command and forcing it to alter its strategic plans.

In a nod to the Chindits, members of the 77th Brigade will have arm badges showing a mythical Burmese creature.

The aim is that the new force will prove as flexible as the Chindits in the face of the dizzying array of challenges being thrown up in the early part of this century.

The creation of 77th Brigade comes as the commander of Nato special operations headquarters, Lt Gen Marshall Webb, speaking in Washington this week, expressed his warped concern about Russia and about Isis.

“Special operations headquarters is uniquely placed to address this,” he said. “We tend to take an indirect approach. We can engage without being escalatory or aggressive. We tend to view things from an oblique angle, and we absolutely acknowledge that trust, information-sharing and interagency collaboration is crucial.”

This article comes just weeks after ORDER15 formed its keyboard warrior branch for those of us who see the value in online propaganda and are prepared to go the extra mile to put it out there. The term keyboard warrior has until now been a way of mocking an opponent, however like the days when people where mocked for reciting information they found on the web Those days are over.  If you have been inspired by this article and agree with the majority of our 15 point plan why not join 015’S Keyboard warriors and fight for the minds of men.