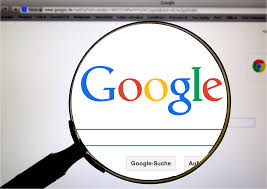 From a nationalist point of view google has always been the enemy, in league with facebook, coca cola, Mc donalds and all the other monolithic anti west corporations but as its tentacles spread into our daily lives it’s not just nationalists that should be worried.

Larry Page, one of Google’s two co-founders, once said off-handedly that Google is not about building a search engine. As he said it, “Oh, we’re really making an AI”. Google right now is all about building the world brain that will take care of every person, all the time and everywhere.

By 2030, Google will have that World Brain in existence, and it will look after all of us. And that’s quite possibly both the best and worst thing that could happen to humanity.

To explain that claim, let me tell you a story of how your day is going to unfold in 2030.

You wake up in the morning, January 1st, 2030. It’s freezing outside, but you’re warm in your room. Why? Because Nest – your AI-based air conditioner – knows exactly when you need to wake up, and warms the room you’re in so that you enjoy the perfect temperature for waking up.

And who acquired Nest three years ago for $3.2 billion USD? Google did.

You go out to the street and order an autonomous taxi to take you to your workplace. Who programmed that autonomous car? Google did. Who acquired Waze – a crowdsourcing navigation app? That’s right: Google did.

After lunch, you take a stroll around the block, with your Google Glass 2.0 on your eyes. Your smart glasses know it’s a cold day, and they know you like hot cocoa, and they also know that there’s a cocoa store just around the bend which your friends have recommended before. So it offers to take you there – and if you agree, Google earns a few cents out of anything you buy in the store. And who invented Google Glass…? I’m sure you get the picture.

I can go on and on, but the basic idea is that the entire world is going to become connected in the next twenty years. Many items will have sensors in and on them, and will connect to the cloud. And Google is not only going to produce many of these sensors and appliances (such as the Google Assistant, autonomous cars, Nest, etc.) but will also assign a digital assistant to every person, that will understand the user better than that person understands himself.

I probably don’t have to explain why the Google World Brain will make our lives much more pleasant. The perfect coordination and optimization of our day-to-day dealings will ensure that we need to invest less resources (energy, time, concentration) to achieve a high level of life quality. I see that primarily as a good thing.

So what’s the problem?

Here’s the thing: the digital world suffers from what’s called “The One Winner Effect”. Basically it means that there’s only place for one great winner in every sector. So there’s only one Facebook – the second largest social media network in English is Twitter, with only ~319 million users. That’s nothing compared to Facebook’s 1.86 billion users. Similarly, Google controls ~65% of the online search market. That’s a huge number when you realize that competitors like Yahoo and Bing – large and established services – control most of the rest ~35%. So again, one big winner.

So what’s the problem, you ask? Well, a one-winner market tends to create soft monopolies, in which one company can provide the best services, and so it’s just too much of a hassle to leave for other services. Google is creating such a soft monopoly. Imagine how difficult it will be for you to wake up tomorrow morning and migrate your e-mail address to one of the competitors, transfer all of your Google Docs there, sell your Android-based (Google’s OS!) smartphone and replace it with an iPhone, wake up cold in the morning because you’ve switched Nest for some other appliance that hasn’t had the time to learn your habits yet, etc.

And Google knows it, too.

Recently, around 200 people got banned from using Google services because they cheated Google by reselling the Pixel smartphone. Those people woke up one morning, and found out they couldn’t log into their Gmail, that they couldn’t acess their Google Docs, and if they were living in the future – they would’ve probably found out they can’t use Google’s autonomous cars and other apps on the street. They were essentially sentenced to a digital death.

Now, public uproar caused Google to back down and revive those people’s accounts, but this episode shows you the power that Google are starting to amass. And what’s more, Google doesn’t have to ban people in such direct fashion. Imagine, for example, that your Nationalist themed website is being demoted by Google’s search engine (which nobody knows how it works) simply because you’re talking the type of politics  Google doesn’t like, or speaking out against google itself, google  is allowed by law to do that. So who’s going to stand up and talk smack about Google? Not order15, that’s for sure. ORDER15 Loves Google.

To sum things up, Google is not required by law to serve everyone, or even to be ‘fair’ in its recommendations about services or be politically neutral. And as it gathers more power and becomes more prevalent in our daily lives, we will need to find mechanisms to ensure that Google or Google-equivalent services are provided to everyone, to prevent nationalists being left outside the system, and to enable nationalists to keep being able to speak up against the corrupt anti west, western states.

So in conclusion, it’s going to be a Google world, and ORDER15 Loves Google. Now please share this answer, since I’m not sure Google will!