A new website is asking students and others to “expose and document” professors who “discriminate against conservative students, promote anti-American values and advance leftist propaganda in the classroom.”

The site, called Professor Watchlist, is not without precedent — predecessors include the now-defunct NoIndoctrination.org, which logged accounts of alleged bias in the classroom. There’s also David Horowitz’s 2006 book, The Professors: The 101 Most Dangerous Academics in America. But such efforts arguably have new meaning in an era of talk about registering certain social groups and concerns about free speech.

At the same time, the new list has attracted Twitter jokesters under the hashtag #trollprofwatchlist, with complaints about Indiana Jones, Professor Plum of “Clue University,” and Gilderoy Lockhart from Harry Potter‘s Hogwarts School of Witchcraft and Wizardry, among others. 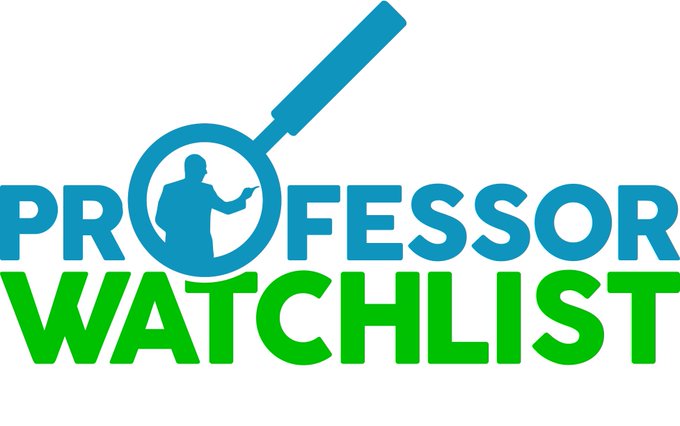 Crazy radical professor at your school?

Submit your professors on the site!

Professor Watchlist, launched Monday, is a project of Turning Point USA. The group’s mission is to “identify, educate, train and organize students to promote the principles of fiscal responsibility, free markets and limited government.” Its national college and university field program works to “identify young conservative activists, build and maintain effective student groups, advertise and rebrand conservative values, engage in face-to-face and peer-to-peer conversations about the pressing issues facing our country,” according to its website.

The group’s founder, Charlie Kirk — a millennial who has emerged in some conservative political circles as a major player — did not immediately respond to a request for comment about Professor Watchlist, but he promoted it on social media.

In a write-up of the project, Kirk said, “It’s no secret that some of America’s college professors are totally out of line” and that he often hears stories about “professors who attack and target conservatives, promote liberal propaganda and use their position of power to advance liberal agendas in their classroom. Turning Point USA is saying enough is enough. It’s time we expose these professors.”

If you have enjoyed this article and believe you could positively contribute to ORDER15 helping us with our projects or contributing with your own. Don’t hesitate to contact us.